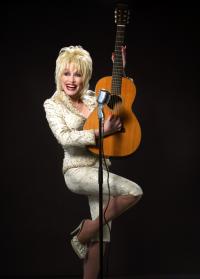 Parton: I hesitated to tell it for a long time because I thought maybe people would not take it right because it was Elvis. But Elvis loved »I Will Always Love You,« and he wanted to record it. I got the word that he was going to record it, and I was so excited. I told everybody I knew, »Elvis is going to record my song. You're not going to believe who's recording my song.« It's like one of those things I told everybody. I thought it was a done deal because he don't just say he's going to do something. Anyway, he sent word that he loved it and he was doing it. They get to town and they call and they ask if I want to come to the session -- and, of course, I was going to go.

Then Colonel Tom [Parker, Presley's manager] gets on the phone and said, »You know, I really love this song,« and I said, »You cannot imagine how excited I am about this. This is the greatest thing that's ever happened to me as a songwriter.« He said, »Now you know we have a rule that Elvis don't record anything that we don't take half the publishing.« And I was really quiet. I said, »Well, now it's already been a hit. I wrote it and I've already published it. And this is the stuff I'm leaving for my family when I'm dead and gone. That money goes in for stuff for my brothers and sisters and nieces and nephews, so I can't give up half the publishing.« And he said, »Well then, we can't record it.« I guess they thought since they already had it prepared and already had it ready, that I would do it.

I said, »I'm really sorry,« and I cried all night. I mean, it was like the worst thing. You know, it's like, »Oh, my God ... Elvis Presley.« And other people were saying, »You're nuts. It's Elvis Presley. I mean, hell, I'd give him all of it.« I said, »I can't do that. Something in my heart says, 'Don't do that.'« And I just didn't do it, and they just didn't do it. But I always wondered what it would sound like. I know he'd kill it. Don't you? He would have killed it. But anyway, so he didn't. Then when Whitney [Houston's version] came out, I made enough money to buy Graceland. (laughs)