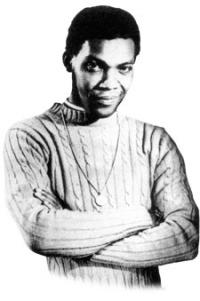 Desmond Dekker, who brought the sound of Jamaican ska music to the world with songs such as »Israelites,« has died, his manager said Friday. He was 64.

Dekker, who lived in England, collapsed from an apparent heart attack at his home on Thursday, manager Delroy Williams said.

»It is such a shock, I don't think I will ever get over this,« Williams said.

Dekker's 1969 song »Israelites,« a Top 10 single in both Britain and the United States, was the first international hit produced by Jamaica's vibrant music scene. With its haunting vocals and irresistible rhythm, it introduced the world to ska, a precursor to reggae.

»Desmond was the first legend, believe it or not,« Williams said. »When he released 'Israelites' nobody had heard of Bob Marley. He paved the way for all of them.«

Born Desmond Dacres in 1941, Dekker worked as a welder in Kingston before signing with Leslie Kong's Beverley's record label and releasing his first single, »Honor Your Father and Your Mother,« in 1963. It was followed by Jamaican hits including »King of Ska.«

Some of his most popular songs celebrated the culture of violent street toughs, or »rude boys« , »Rude Boy Train,« »Rudie Got Soul« and »007 (Shanty Town),« which featured on the soundtrack of the seminal Jamaican film »The Harder They Come.«

He also had a hit with »You Can Get It If You Really Want,« written by his label-mate Jimmy Cliff.

The songs made Dekker a hero of British youth, and he moved to the country in the 1970s.

Dekker's career suffered after the 1971 death of his mentor Kong, and he was declared bankrupt in 1984. But he retained a strong British following until his death and performed regularly. Dekker had been due to play across Europe over the summer, including dates in Ireland, Switzerland and the Czech Republic.

Dekker, who was divorced, is survived by a son and a daughter.