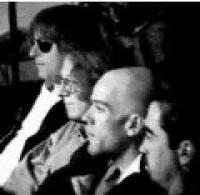 REM's massive 1989 world tour in support of their Green album - released at the end of '88 - took up virtually the entire year. Beginning in Japan in late January and concluding back in the band's hometown of Athens, Georgia eleven months later, it was this tour which allowed REM to explode onto the mainstream, while still retaining their »indie« credentials. Playing throughout as a five piece for the first time - Peter Holsapple from the dB's was in tow on keyboards - this lengthy tour established the group as first division players - a position they have retained ever since. This CD features the full show played at the Orlando Arena in Florida on 30th April 1989, also the subject of a live FM broadcast. The dynamic set played by the group that night featured 6 of the songs from Green, plus a heady mix of 'oldies' from their previous 5 records, albeit with emphasis on '87's Document and the previous year's Life's Rich Pageant. Completing the set with a couple of covers from fellow Athens collective Pylon, whose »Crazy« had already been featured as b-side to REM's »Driver 8« single in '85, plus »Academy Flight Song« a live favourite for the band taken from the back catalogue of Boston's Mission Of Burma. All told, this legendary broadcast finds REM at the point in their career when huge worldwide success was beckoning, but when the group -always firmly grounded - had full control of exactly where they were and where they were going.