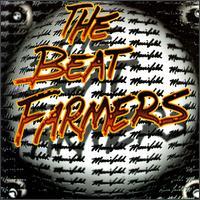 The Beat Farmers enjoyed a cult following throughout the 1980s and early '90s until the untimely passing of lead singer/drummer/guitarist Country Dick Montana in November 1995. He was just 40, and he collapsed of a massive heart attack at the Long Horn, a bar in Whistler, British Columbia, in western Canada.

Montana, a former record store owner, and past president of the Kinks Preservation Society fan club, formed the Beat Farmers in San Diego in 1983, influenced on the one hand by country and blues music, but on the other by the first wave of punk rock bands to come out of Los Angeles. The group began to latch on to a following at San Diego and Los Angeles-area clubs, satisfying a need for roots-based rock &' roll before most people even knew the need existed. Over the years, Montana collaborated with a wide range of Los Angeles-based musicians and singers, including Mojo Nixon, John Doe from the group X, Rosie Flores, the Bangles, Los Lobos, Katy Moffatt, blues singer/pianist Candye Kane and ex-Blasters guitarist Dave Alvin.

The Beat Farmers formed in August, 1983 when they played a series of shows at the Spring Valley Inn in San Diego, and later played a local bar, Bodies. By March of 1984, they were signed to Rhino Records for a one-off deal, and with a 4,000-dollar budget, recorded Tales of the New West, their debut, which was released in January, 1985. They began their first U.S. tour and signed a seven record deal with Curb Records. In December, 1985, Buddy Blue left the band and was replaced by guitarist/mandolinist Joey Harris, who had worked earlier with Montana in a precursor to the Beat Farmers, Country Dick and the Snuggle Bunnies. Around the time of their first U.S. tour, the band also begins to tour in Europe, where the passion for blues-rock, roots-rock and country rock runs higher than in parts of the U.S. The group's album, Pursuit of Happiness spurred the single »Make It Last'' which got airplay on more than 40 country western stations. But once country radio programmers had a chance to hear the rest of the album, they quickly dropped the single, since many of them felt the rest of the album was too rock 'n' roll oriented.

In 1989, Montana and Harris joined Mojo Nixon and Dave Alvin from the Blasters to form the Pleasure Barons, a group that specialized in «lounge» music. A year later, Montana went into the hospital for thyroid surgery and continued to visit the doctor's office for cancer treatments. In the midst of all of this, the group grew dissatisfied with its relationship with Curb Records, and they attempted to get out of their seven album contract around the same time they discover a live album, Live, Loud and Plowed has been released without their knowledge. In between national tours, Montana occupied himself with other projects in the Los Angeles area, including the Incredible Hayseeds, Country Dick's Petting Zoo, Country Dick's Garage and the Pleasure Barons.

In 1993, the Beat Farmers recorded their first album for Sector 2 Records (an Austin, Texas label), in Vancouver, Canada, Viking Lullabys. (sic) The record is released in August, 1994 and the band toured in earnest once again to support their release. While working on a second album for Sector 2, Curb Records released a Greatest Hits album, again without the band's consent. The Beat Farmers last album, Manifold, is released on September 19, 1995, but was released two weeks earlier in San Diego to coincide with the Street Scene, an outdoor festival there. The group toured the U.S. in September and October, playing venues in Texas, the midwest and New York City.

On Nov. 8, 1995, Montana suffered a massive heart attack three songs into the band's set at the Long Horn in Whistler, B.C. The remaining Beat Farmers decide to dissolve the band on November 11, 1995.

Despite his risqué stage antics and bantering with his audiences, whom he often sprayed with beer, Country Dick Montana was a gentle soul who, after shows, would make his way around a club, shaking hands, signing autographs and chatting for a few minutes with all who took the time to say hello. Since Montana's death in 1995, guitarists Joey Harris and Jerry Raney have gone on to form their own bands, continuing to some extent the roots-rock tradition of the Beat Farmers. At their live shows, the group was unique for the way Montana would get out from behind his drum set to step out front and center and play guitar as well.

In 1996, Bar None Records of Hoboken, N.J. posthumously released The Devil Lied to Me, a long-awaited Country Dick Montana solo album. A star-studded affair with regionally and nationally famous musicians from the Los Angeles area, Montana is joined on this excellent release by roots chanteuses Katy Moffatt and Rosie Flores, as well as talented live performers like Mojo Nixon and ex-Blasters guitarist Alvin. Highlights include Alvin's «Rich Man's Town,» Paul Kamanski's «Indigo Rider,» a cover of Tom Petty's «Listen to Her Heart,'' and the originals »King of the Hobos,'' as well as a tribute to amateur rappers -- and there are many of both in San Diego -- «Bum Rap."