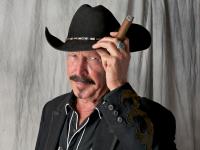 Thank you
Kinky, Jewford, Dean, and the entire Kinky Friedman for Governor staff would like to extend a heart-felt “thank you” to all of the volunteers and supporters who have poured their energy and enthusiasm into this campaign. We write this exhausted, haggard, and a bit heartbroken, but with the knowledge that we gave this race everything we had.

Through your hard work, this campaign has engaged and energized every day Texans in politics. Folks who never before had a reason or felt the need to get involved with elections came out of the woodwork to lend a hand.

Thousands of Texans, many of whom had no prior political experience, eagerly grabbed clipboards and petitions and collected nearly four times the number of signatures required to get Kinky on the ballot! These people were not paid for signatures, they put in long hours only for the good of Texas and to give Texans a true choice on the ballot this year.

This grassroots army has grown from a dozen people in February 2005 at the Menger Hotel before Kinky's announcement at the Alamo to tens of thousands of supporters from all counties, all corners, and all persuations! We have never had the war chests that our opponents have, but they have never, ever matched the heart and passion that our supporters have shown. Many friends have been made, and from this experience we hope you will continue to work together to help make Texas a better place for all Texans.

These past few weeks, days, and hours have been nothing short of amazing. We have been innundated with emails and phone calls from folks all over this great state telling us that we have their support. Many of you voted for the first time ever this year! Many more hadn't voted for a very long time but cast votes for Kinky! To every single person out there who has supported Kinky Friedman and this campaign: thank you!

It has been an honor and a priviledge to be a part of this campaign. We can't thank you enough.

The Kinky Friedman Campaign for Governor