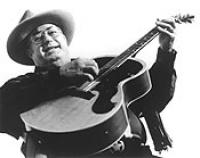 His manager confirmed his death to News 8 Austin. Walser died of complications from diabetes.

An accomplished singer, guitarist and songwriter, Walser spoke about how he hoped the songs from those albums would live long after him in an interview with News 8 Austin in 2002.

»If you think of me 20 years from now after I'm gone, with some of music, I'll feel good about it. But it's got to earn it like those old songs that I'm singing, you got to earn it,” Walser said.

He retired from live performances three years ago. Walser is best remembered for his series of records in the 1990s produced with Asleep at the Wheel’s Ray Benson.

Walser, who turned 72 last Thursday, was a country music icon in Austin. He had the fortune of a late-life career revival. He was a regular performer at Jovita’s, The Broken Spoke, the Continental Club. And he was also famous for bringing country music to Emo’s. He attracted a unique fan base, often opening for the Butthole Surfers.

A reviewer for Playboy magazine once referred to Walser as «the Pavarotti of the Plains."