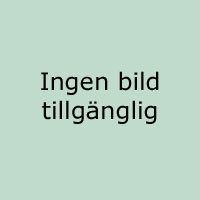 
MACON, Ga. -- Johnny Jenkins, a guitarist who worked with Otis Redding in the
early 1960s and influenced Jimi Hendrix through his acrobatic playing style,
has died. He was 67.

Jenkins died Monday night at a hospital in Macon, according to Jones Brothers
Eastlawn Chapel.


Jenkins was touring around the South, playing fraternity parties and other
venues with his band, the Pinetoppers, when he met up with Redding.

»So I went up to him, and I said, 'Do you mind if I play behind you? ... I
can make you sound good,'« Jenkins recalled in the book »Sweet Soul Music« by
Peter Guralnick. »Well, he sounded great with me playing behind him -- and he
knowed it.«

»I thought my entire world rotated around Johnny Jenkins' guitar,« Walden,
who died in April, said in a 1996 interview with The Telegraph in Macon. »I was
convinced he could have been the greatest thing in rock 'n' roll.«

The Pinetoppers had a regional hit in the early 1960s with an instrumental
called »Love Twist.« Redding began recording with the famed Stax Records in
Memphis after accompanying Jenkins and his band there to record a follow-up,
according to an account in Rolling Stone magazine in 2004 by producer-musician
Steve Cropper. The singer died in a plane crash in 1967 at 26.

Paul Hornsby, a musician and producer who worked with Jenkins, said Jenkins
was famous regionally as »the left-handed guitar player who was doing all these
acrobatics.« His stunts included playing his guitar behind his head.

His style became known indirectly through Hendrix, who saw him perform when
visiting his aunt in Macon.

Vocalist Arthur Ponder, who sang with Jenkins, recalled Hendrix as a »little
guy who would follow us around a lot. Next thing we know, he's Jimi Hendrix.«

After Capricorn went out of business in the late 1970s, Jenkins faded from
the music scene. In 1996, Walden produced Jenkins' comeback album, »Blessed
Blues.«

Jenkins continued to perform sporadically, including a 2000 show at the
Georgia Music Hall of Fame. His last two albums, »Handle with Care« (2001) and »All
in Good Time« (2003), were produced by Mean Old World Records