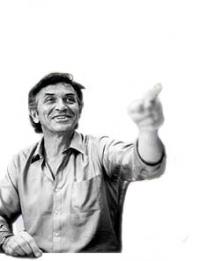 
Thousands of hours of video discovered

By ETHAN SMITH
Staff Reporter of THE WALL STREET JOURNAL


Two and a half years ago, a Minneapolis entrepreneur named Bill Sagan spent more than $5 million to buy a treasure trove of rock 'n' roll memorabilia: millions of T-shirts, posters, handbills, photographs, concert tickets and other items from the archives of Bill Graham Presents, the legendary San Francisco rock promoter that virtually invented the modern concert business in the mid 1960s.

But what neither Mr. Sagan nor the seller, Clear Channel Communications Inc., realized at the time was that the archives contained an even more valuable bonus: more than 5,000 live audio and video recordings made between 1966 and 1999, featuring artists varying from the Doors to Nirvana. The recordings were made at rock concerts that the late Mr. Graham ran or promoted. They were uncataloged and collecting dust when Mr. Sagan acquired the archive.

Today, the 55-year-old Mr. Sagan controls what may be the most important collection of rock memorabilia and recordings ever assembled in one business. Called Wolfgang's Vault -- from Mr. Graham's given name, Wolfgang Grajonca -- the company has a staff of 14, projected sales this year of $3 million, and nearly 20 million separate items in its San Francisco warehouse.

Having set up a business selling vintage rock T-shirts and concert posters on the Web, Mr. Sagan is only now turning his attention to the audio and video assets, where he faces a tremendous challenge. He is in the early stages of complex negotiations with artists, their representatives and record labels over the rights to sell the recordings on discs and as downloads. In the meantime, Mr. Sagan plans to begin »streaming« some of these recordings as Internet radio feeds on his company's Web site, which involves little more than paying royalties to organizations that represent songwriters.

The performances, many of which are professionally recorded and extremely high quality, amount to a sweeping, unheard history of rock during its seminal years and beyond. The archives include performances by artists including Bob Dylan, Bob Marley, Pink Floyd, the Who, Tom Petty, Stevie Wonder, the Mahavishnu Orchestra, Emmylou Harris, Aretha Franklin and Tracy Chapman, all of whom played shows put on by Mr. Graham. The are videotapes of early performances by Crosby Stills Nash & Young and from 1978, the Sex Pistols' last show for nearly 20 years, before their reunion in 1996.

Though some of the recordings have leaked as bootlegs over the years, they contain some revealing moments that may surprise fans. For example, a recording taken from Led Zeppelin's first U.S. tour, in 1969 -- when the band was opening for Country Joe & the Fish -- finds lead singer Robert Plant displaying little of the rock-god swagger that would eventually become his trademark. Instead, he makes nervous small talk to the audience as guitarist Jimmy Page changes a broken string.

»I don't know if [Mr. Sagan] really knew exactly how much rich material he had,« says Bill Thompson, the longtime manager of Jefferson Airplane and Jefferson Starship, which played Bill Graham events frequently during the heyday of the San Francisco rock scene in the late 1960s and early 1970s. »This is a goldmine.«

Mr. Graham's company mounted more than 35,000 concerts world-wide between its inception in 1966 and its sale, earlier this decade, to Clear Channel, which bought up a number of regional concert promoters during that era. Mr. Sagan bought the archive from Clear Channel, which had little interest in sifting through the thousands of items that were jammed into the company's warehouse.

Mr. Sagan and his staff spent their first six months in business doing nothing but organizing and cataloging the vast collection, much of which had been thrown haphazardly in cardboard boxes, and some of which had been damaged in a warehouse fire.

Today, on WolfgangsVault.com1, shoppers can find individual tickets to the Yardbirds' July 25, 1967, show at the Fillmore West for $51 each (a $48 markup over the face value). Prints of photographer Joe Sia's blurred shot of a police officer arresting Jim Morrison on stage in New Haven, Conn., go for $550 to $750. Even the Rat Pack gets the collectible treatment: A black faux-tuxedo T-shirt commemorating a 1988 concert starring Frank Sinatra, Dean Martin and Sammy Davis Jr., costs $82.

But the music and video recordings are the most intriguing and commercially promising. Mr. Graham's company made the recordings partly for posterity's sake, and, in some cases, for a more base motive: adjacent to the Fillmore West was a restaurant owned by Mr. Graham. Rather than lose customers when concerts started next door, Mr. Graham installed a closed-circuit video system that let diners watch the show live -- and also captured it on videotape.

When, or even if, the general public will ever hear or see many of these recordings is unclear, however.

The recordings were made legally; Mr. Sagan has a filing cabinet filled with documentation to prove it. But selling them will require various permissions and revenue-sharing deals -- not only with the artists themselves, but often, too, with whatever record label they were signed to at the time of the show, or its corporate successor. In the case of dead performers, permission is required from their families or other heirs.

Mr. Sagan's employees have already digitized more than 1,000 audio recordings and sent them to engineers to have the sound quality cleaned up. Now they are in the process of seeking clearances to release the music. Mr. Sagan says he is in active discussions with two major record labels, and believes he is close to a deal for at least some music with one of them, although he declines to name either.

»Is it easy?« he asks. »No. But in some cases they're excited as hell they might be able to make some money of old bands.«

Even with clearances, much of the material in the archives is simply not up to snuff for commercial release. »I don't think a large percentage of it will end up on CD, or in any monetized form,« says Gavin Haag, who oversees the company's music-licensing efforts. For instance, he adds, there may never be an appetite for dozens of separate concerts by acts like Eddie Money.

Mr. Thompson, the Jefferson Airplane manager, says he is in »early discussions« with Wolfgang's Vault and Sony BMG Music Entertainment to sell the dozens of live recordings made of his clients at Mr. Graham's various venues. Sony BMG, a joint venture of Sony Corp. and Bertelsmann AG, controls the rights to distribute the band's recordings. Sony BMG and Wolfgang's Vault declined to comment on the continuing licensing negotiations.