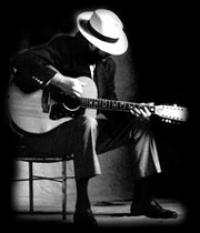 Having begun his career playing folk and jazz in the late 50s, Baldry was one of the founding fathers of British Rock 'n' Roll in the 60s. British guitarist Eric Clapton has stated many times that he was inspired to pick up the guitar after seeing Baldry perform in the early 60s.

While appearing at the Cavern in Liverpool in the early '60s, Baldry became friends with Paul McCartney. For their internationally televised special »Around the Beatles« for Rediffusion in 1964, the Beatles invited Baldry to perform along with P.J. Proby, and Cilla Black.

After a brief period with Bluesology (with Elton John on keyboards), Baldry went solo and had a no. 1 UK hit with the fine ballad »Let The Heartaches Begin« in 1967. With production assistance from Rod Stewart and Elton John, Baldry recorded the album, It Ain't Easy for Warner Bros. featuring his signature song »Don't try to Lay no Boogie Woogie on the King of Rock n' Roll.«

After emigrating to Canada in the early 80s, Baldry recorded for EMI Music Canada, and since 1991 recorded five albums for Stony Plain Records in Edmonton, Alberta. Stony Plain is slated to re-release Baldry's Warner Bros. albums, It Ain't Easy and Everything Stops for Tea this Fall.

Since the early 90s, Baldry also was known in Canada for his extensive voice work in commercials. As well, he was used as the voice of Robotnik on the »Sonic The Hedgehog« computer game, and as narrator for Winnie the Pooh recordings for Walt Disney Records for which he was nominated for a Grammy Award in 1998.