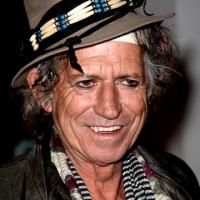 Some musicians are just meant to connect, no matter how long it takes for the results to hit a record store. This particular meeting of the minds starts back in late 1972, when the Rolling Stones hopped a plane for an extended layover in Kingston, Jamaica a fitting locale to simmer down and ease into the sessions for Goats Head Soup at Byron Lee’s laid-back Dynamic Sounds Studio. As guitarist Keith Richards would jokingly recall later, it seemed the island was one of the few places north of the equator where the band’s raunchy rockstar status didn’t cause a stir.
A stone’s throw from the birthplaces of Burning Spear, Bob Marley and Marcus Garvey, the village of Steer Town overlooks the white sands of Ocho Rios, and lies at the virtual nexus of reggae music s popular roots. It also happens to be the home turf of a gifted singer named Justin Hinds, who cut his teeth with producer Duke Reid in the early 60s with the ska hit Carry Go Bring Come. Hinds and his vocal group, the Dominoes, exerted a profound influence on a young Bob Marley so much so that in a chance encounter years later, Marley was moved to leap from behind the steering wheel of his BMW so he could share his gratitude with Hinds personally.
In 1972, Hinds was 30 years old, a year older than Richards, but still a young dread with his perennially youthful good looks. He’d just split from Reid and was between recording projects, so he spent a lot of time up in Steer Town, drumming and chanting with the local Rasta elders. Meanwhile, down on the beach at Mammee Bay, Richards had met a few of Hinds neighbors, and was invited up the road to sit in on a real live Nyabinghi grounation (celebration) circle. He was hooked immediately.
Eventually the drums were brought down to Richards house in Ocho Rios, and over the next 20 years or so, whenever he was in Jamaica (and sometimes when he wasn’t), a core group of drummers and singers, including Hinds, would come over to his house to play. A full-length album was in the cards, and one day in 1995, the planets aligned when Richards, in the middle of an all-night jam, got a knock at his door.
Friend and engineer Rob Fraboni, who had worked with the Stones on Goats Head Soup, happened to have a few days free with a mobile recording truck, and he liked what he heard. He set up three microphones in the front room of the house, and within a week the raw tracks for what would become the first Wingless Angels album were committed to tape. As Richards saw it, the name he’d chosen for the group was apt: each member sang and played as if possessed by a higher power, but they were all right here, walking the earth.
Of course, many rivers have been crossed since Wingless Angels debuted in 1997 on Richards Mindless imprint, through a deal with Chris Blackwell and Island Records. Original group member Vincent Jackie Ellis passed on just before the album was released. In 2005, Justin Hinds succumbed to lung cancer, and within months of Hinds, drummer Locksley Whitlock died. The story might have ended there had Richards not already had the foresight to roll tape the year before Hinds death, this time with a slightly more professional studio setup.
It s been a long time coming, but this second chapter of Wingless Angels is a fitting tribute to Hinds and his brethren. By turns sacramental and bluesy, elegiac and uplifting, extra dry and heavy, the songs here burn with the unwavering flame of rightful conviction that fuels all Rasta beliefs.