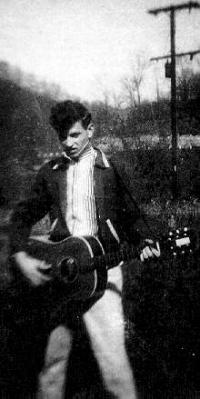 Adkins' body was found Tuesday at his Madison home, where he lived alone. The cause of death had not been determined but it did not appear to be suspicious.

Adkins, who claimed to have written more than 7,000 songs, began recording and releasing his own singles as teenager in the 1950s after hearing rock and roll on the radio.

An ultimate solo artist, Adkins sang, blew harmonica and played his amplified acoustic guitar while keeping time with his feet on bass drum and high-hat cymbal. He later admitted he thought that's how it was done
on radio songs he heard, but he never changed his original method.

His concert albums include »Live in Chicago« and »Look at That Caveman Go!!«.

The Hasil Adkins story was immortalized in the 1993 documentary, »Wild World of Hasil Adkins,« directed by Julian Nitzberg.