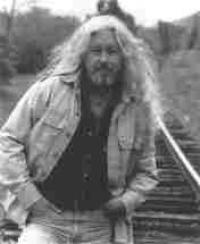 ‘You can get anything you want...’ at the 40th Anniversary Celebration of Arlo Guthrie’s epic ballad “The Alice’s Restaurant Massacree”
On Thanksgiving Day 1965, Arlo Guthrie began writing his epic saga »The Alice's Restaurant Massacree.« Based on actual events that took place in Stockbridge, Massachusetts, the saga became a song. The song became a record. The record became a major motion picture. And Arlo became a cultural hero, inspiring a whole generation to social consciousness and activism.

Although he stopped performing »Alice« years ago, Arlo has continued to entertain audiences all over the world keeping alive the rich traditions and social values that have become synonymous with the '60s, as he says »Freedom, Peace, Justice - the usual stuff.«

Now, Arlo, along with son Abe on keyboards and Gordon Titcomb on steel, mandolin, and banjo, will sing “Alice” again, reminding you that 40 years later the song has morphed to become part of American culture. It is the story of the triumph of the little guy … survival not through wisdom but through … littering. Plus, continuing the historical relationship between the Guthrie and the Seeger clans, The Mammals will open the show.

Arlo, a natural-born storyteller, in addition to playing the piano, six- and twelve-string guitars, harmonica and more, ties his shows together with witty anecdotes and thought-provoking ideas. Included on the 40th Anniversary program will be Arlo’s favorites such as “City of New Orleans,” “The Motorcycle Song,” ‘Coming Into Los Angeles,’ and traditional songs he feels everyone knows, songs which identify us as part of a continuing movement.

“Some people think a folksinger is someone who just sings their own songs. That's a shame. It's like being of the tradition, rather than in it. I've taught myself to make any song I like, my own. This is the secret of all great spiritual teachings: claim nothing as yours and everything belongs to you. If it doesn't make sense, it's probably true.» - Arlo Guthrie

Opening the show and at times accompanying Arlo will be The Mammals. Their music is an infectious mix of social commentary and fiddle-banjo-guitar artistry. They are “acoustic traditionalists, to be sure, but the subversive sort,« says The Washington Post. Writing original takes on current politics and playing driving traditional standard’s like “John Henry,” a song Tao Rodriguez-Seeger could have indeed learned at his grandpappy, Pete Seeger’s knee, the Mammals redraw the boundaries of old-time music. www.themammals.net.

Arlo purchased the Trinity Church in 1991. The Guthrie Center, named for Arlo’s parents, now offers the church as a place to meditate. The center is a not-for-profit interfaith foundation. Its outreach programs include everything from baking cookies with a local organization to an international Huntington's Disease Walk-a-thon and Arlo’s benefit concerts October 7 - 9, 2005.

All you’ve got to do is join the tour, and sing with him as he comes around again and brings with him the thought that “you can get anything you want…” www.risingson.com.

* The Mammals will not be performing.
** Sarah Lee Guthrie and Johnny Irion will be joining the show.