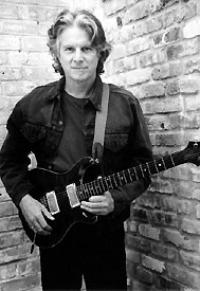 
The Austin music community is mourning the loss of a capital citylegend this Saturday.

According to the artists website, Bruton was a songwriter, singer, recording artist, record producer, actor, collaborator, and something of a raconteur and provocateur.

Bruton grew up surrounded by music in Fort Worth. His jazz drummer father ran a record store where he was weaned on the musical classics from blues, country, jazz and pop to classical. He always said, if youre going to listen to music, listen to the best music, recalls Bruton.

The thing about Fort Worth is that there was no scene there, Bruton explains. No one was looking at Fort Worth, believe me. But there was great music there and always has been. Its always been black guys and white guys playing together. There was this great exchange of music.

His most recent screen role included Man Of The House with Tommy Lee Jones, and hes been seen in such films as Convoy, Songwriter, Heavens Gate, Miss Congeniality, Sweet Thing and The Alamo as well as the TV movie A Seduction In Travis County, the miniseries Amerika and the series Matlock.

Bruton had been battling cancer but met the challenge with dignity and fervor. I had a bout with throat cancer that took most of the year. I've had 2 follow ups that have been pronounced »clear«. Let's let that suffice instead of the long winded version

His long career was something of a love relationship with Bruton, Ive got no complaints. I get to do what I love. How many people can say that? And thats worth more than anything. Id be doing it anyway. And Ive been very fortunate to do what I do for a long time.

Funeral arrangements have not been set.