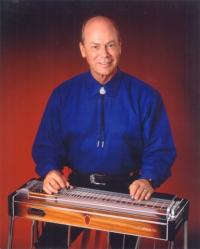 Brumley, the son of gospel songwriter, Albert E. Brumley, who wrote I'll Fly Away, began his musical journey at 14. He is best known for his work as a member of The Buckaroos in the 1960s. He can be heard on Together Again, Tiger By The Tail and Act Naturally.

Brumley left Owens in the late 1960s and later teamed up with Rick Nelson in his Stone Canyon Band. He played on Nelson's big hit Garden Party.

Brumley's passing leaves drummer Willie Cantu as the lone Buckaroo. Owens died in 2006, Don Rich in 1974 and Doyle Holly in 2007.