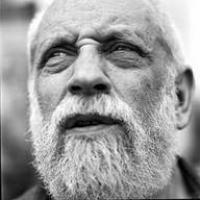 Joel Dorn, a multiple Grammy Award-winning record producer who first made a name for himself while at Atlantic Records in the late 1960s and early '70s, died on Monday, December 17, from a heart attack, in New York City at the age of 65. One of the most prolific producers of his time, Dorn's discography stretches from the multi-platinum soul sounds of Roberta Flack to the black
classical music of Rahsaan Roland Kirk. He helped introduce the world to Bette Midler's diva swing and the funky New Orleans' R&B of The Neville Brothers.

His name can be found on the back of classic recordings by Les McCann and Eddie Harris, Mose Allison, Yusef Lateef, Leon Redbone, Peter Allen, Don Mclean, The Allman Brothers Band, David »Fathead« Newman, Donny Hathaway and Mongo Santamaria to name just a few. »It's impossible to pick a highlight,« Dorn once said. »If one record was a highpoint because of great sales, there's another to match it for the incredible fun that went into making it and another that achieved its intended artistic vision.«

From an early age, Joel Dorn knew he wanted to be in the music business, and not just anywhere in the business; Dorn knew he wanted to work specifically for Atlantic Records. At 14-years old, he began correspondence with the label's co-founder Nesuhi Ertegun. »I'd send letters telling him who I thought
they should have duet with Ray Charles, what talent they were missing out on, all sorts of critiques and suggestions,« remembered Dorn.

In 1961, he officially began his career as a disc jockey at the pioneering Philadelphia jazz radio station WHAT-FM. »The DJ gig was a great way to get to know all the record companies, and get involved in the business, but I had my heart set on producing the entire time,« remembered Dorn.

Nesuhi Ertegun, who'd now been corresponding with Dorn for six years, finally began to take those opinions seriously. »My show had become popular in the Philly market, and I think Atlantic realized that I was becoming
instrumental in breaking records for them on a regional level,« figured Dorn. »Before long the letters turned into telephone calls and I eventually met Nesuhi.«

As fate in 1963 would have it, Ertegun offered Dorn the chance to produce one record by an artist of his choice for Atlantic Jazz. Dorn chose Hubert Laws, a young flutist he had seen in Philly performing with Mongo Santamaria's
band. The resulting album, The Laws of Jazz, would become the first of countless record production credits to follow.

By 1967, Dorn joined Atlantic Records full-time as Nesuhi Ertegun's assistant. He was given the opportunity to sign artists, produce their records and become intricately involved with the promotion and marketing. Rising quick
through the ranks, Joel, along with Nesuhi and Ahmet Ertegun, Jerry Wexler, Arif Mardin and Tom Dowd became part of the most formidable record producing team of all time. Focusing primarily on jazz and R&B recordings, Joel developed a production style that was unique to the time period. »I brought pop
techniques and pop sensibilities to jazz and R&B records,« recalls Dorn. »As a producer I had two gigantic influences: Lieber and Stoller and Phil Spector. To this day before I go in and make a record, I'll throw on 'Be My Baby' or a Coasters' record.«

His work at Atlantic Records with Roberta Flack on »The First Time Ever I Saw Your Face« and »Killing Me Softly« won two consecutive Grammy Awards for »Record Of The Year.« Additional Grammies were soon to follow including »Jazz
Record Of The Year« for Keith Jarrett and Gary Burton. Joel also went on to sign Bette Midler and co-produce her debut album The Divine Miss M. »Some of the best times I've ever had involved recording artists who were completely unknown at the time like Roberta and Bette, and then watching them ascend to
national prominence,« Dorn exclaims. »It's a great feeling to put your faith in a young artist who you believe in and see them flourish.«

In 1974, after accumulating ten Gold albums, five Platinum albums and seven Gold singles, Joel Dorn left Atlantic Records. He'd produce for a variety of labels and artists during this period, including albums by Leon Redbone, Lou Rawls, Don McClean, Peter Allen, Mink Deville and The Neville Brothers. He was awarded yet another Grammy for »Best Country and Western Instrumental« with Asleep At The Wheel's »One O'Clock Jump,« and received two more Gold records for the Leon Redbone albums On The Track and Champagne Charlie.

In the mid-1980s, Dorn scaled back the hectic production schedule he'd maintained for the previous two decades. He took time off to travel the United States from '86 through '89, and in the process gathered hours upon hours of previously unreleased »live« recordings from many of his favorite artists. Four collections documenting Cannonball Adderley, Rahsaan Roland Kirk, Les McCann and Eddie Harris were subsequently released on Joel's own label, Night Records. He later referred to these albums as »audio verite.« It was through
this short-lived venture that Dorn began to reinvent himself within the industry. He was soon asked to consult for the likes of Rhino, GRP and Columbia, which were in the process of updating and reissuing their catalogs on CD. Joel produced a 13-CD historical overview of the Atlantic Jazz years for Rhino. His production on the 7-CD John Coltrane box set entitled The Heavyweight Champion earned him an additional Grammy-nomination, while collections by Ella Fitzgerald, Billie Holiday and Oscar Brown, Jr. cemented Dorn's reputation as a preeminent audio documentarian and reissue producer.

In 1995, the Smithsonian Institute added Joel Dorn's works and papers to its collection in honor of his accomplishments as a record producer. By the end of that year, Dorn decided it was time to take another shot at running his own record label. He subsequently formed 32 Records, which focused on
reissuing albums from the classic Muse and Landmark jazz vaults, as well as select titles from Atlantic Records. In the four years spent with the label, Dorn reissued over 250 titles, and produced the critically acclaimed Individually Twisted by the Jazz Passengers with Deborah Harry. His biggest commercial
success of this period came after developing the Jazz For A Rainy Afternoon compilation series, which went on to become one of the best selling jazz sets in the history of the genre. »I'm proud of what we accomplished with 32 Records in such a short period of time. There was the continued effort to get all of
Rahsaan Roland Kirk's albums back in print. There was a terrific Judy Garland box set and personally fulfilling Clyde McPhatter set. For better or worse, the Jazz For. series turned the industry on its ear, completely reshaping
how jazz is marketed in this day and age,« Dorn explained at the time. »I go into the record shops now and all these cats like Sonny Criss, Zoot Sims and Sonny Stitt are being reissued with intelligent price points and new
packaging. To a certain extent, 32 tested the waters on that front and proved that these artists have an undying appeal. Nobody else was going there and now it's like every company in the world is looking for old jazz catalogs to reissue.«

2007 marked Joel Dorn's 47th year in the record business. In a great loss to both American culture and music fans everywhere, it would be his last. Over the past decade, he'd produced albums by Jane Monheit, Jacob Fred Jazz Odyssey, Leon Parker, Janice Siegel and The Frank and Joe Show (featuring guitarist Frank Vignola and percussionist Joe Ascione). In 2003, Dorn helped create HYENA Records. The independent label forged an identity with an intriguing mix of new and archival recordings, including those by Bobby Darin, Thelonious Monk, Dr. John and Joe Williams.

At the time of his death, Dorn was completing a five CD box set for Rhino Handmade entitled Homage A Nesuhi, serving as a tribute to his mentor Nesuhi Ertegun and their years together at Atlantic Records. He was also the voice of Sirius Satellite Radio's »Pure Jazz« channel and was producing a series of
music infomercials for Time Warner.

»I don't know how to do anything else. It's like if I don't do this what am I going to do? Sit in the park? I love doing stuff with music, with records. I enjoy it,« Dorn once said about being a producer. »I know that might not
be the great spiritual answer, but I really love making records.«