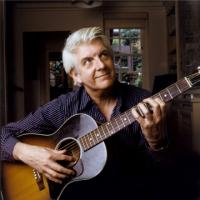 Not so much a reissue…more a resurrection!

»Jesus Of Cool« returns with its original 11 tracks and an additional 10 rarities.

Deluxe packaging in a cruciform shape with original sleeve artwork plus much more, using unseen photos from the famous session and rare memorabilia.

The fully illustrated booklet contains notes by acknowledged expert Will Birch with recollections from Nick Lowe and others involved.

He was a washed-up veteran of the beat group wars with an empty diary and a sore back, having kipped on a couch since the 1975 break up of his former group, Brinsley Schwarz. But within two years Nick Lowe had established himself as an artist, songwriter, record producer and celebrated instigator of the ‘New Wave’, via the ingenuity of Stiff Records and his own unique vision. With his debut album ready to ship, Nick was walking on water. In the words of Sounds writer, Tim Lott, he had become ‘a bona fide Jesus Of Cool’!
Manager Jake Riviera was quick to seize on Lott’s phrase for the album title. ‘We thought it was ludicrous but fantastic,’ says Nick, ‘an outrageous thing to say. It seems like nothing now, but at the time it fitted perfectly. The Americans wouldn’t go with it, of course. They wanted a different title, thus Pure Pop For Now People. Jake loved it – “Two album titles? Yes Please!” - it was right up his street.’


Tracks: Music For Money / I Love The Sound Of Breaking Glass / Little Hitler / Shake And Pop / Tonight / So It Goes / No Reason / 36 Inches High / Marie Provost / Nutted By Reality / Heart Of The City (live).
Bonus tracks: Shake That Rat / I Love My Label / They Called It Rock / Born A Woman / Endless Sleep / Halfway To Paradise / Rollers Show / Cruel To Be Kind (original version) / Heart Of The City / I Don't Want The Night To End.