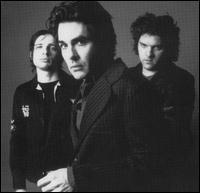 Fuzz... the sound that changed the world. The fuzz box: that tiny little box between the electric guitar and the amp...what on earth does it do? Clif Taylor explores this insane industry of noise making, from the geeky backyard »boutique« engineers building prized and »instantly collectible« clones of terribly scarce »vintage« psychedelic circuits to professional Wah Wah men, electronic gurus, capable of pitching that monster tone into a circuit bent chaos, so filthy with angst even your parents would loose control if over-exposed. Filled with hysterical drama and outlandish controversy, these mad genius rockers fight to the end of the Internet and back again for their right to create the perfect circuit. Guitar God Billy Gibbons along with Jon Spencer, J.Mascis and Chris Ross from Wolfmother, weigh in with their own insight into baddest boxes and rattiest fuzztones. Internet forums ,»gear oriented« chat rooms and electronic product conventions have become the battlefield where these master box builders meet... the ensuing trade is anything but free!