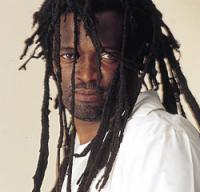 We are extremely shocked and saddened to hear of the death of Lucky Dube.

Lucky was shot by gunmen in an attempted car hijacking on the evening of October 18th in the suburb of Rosettenville, Johannesburg, South Africa.

Lucky's songs always put across messages of the problems in society and he was one of the most outspoken critics of the apartheid regime.

He will be greatly missed and our sincere thoughts go out to Lucky's family, friends and fans. His music will live on.