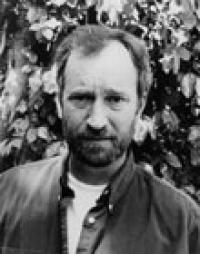 »Larry Brown writes like a force of nature.« - Pat Conroy
»Larry Brown discovers real stuff, like great writers do. He’s been out there, and reports it beautifully.« - Barry Hannah
»Whatever he writes, I will read.« - Harry Crews


Larry Brown’s business card listed his occupation as “Human Being”. Like many other professional human beings, Larry loved music. He felt music and it showed in his writing. As he moved through the world, Larry got to know a lot of musicians, and a lot of musicians got to know Larry, either personally or through his work. Just One More, A Musical Tribute to Larry Brown is a compilation of tunes by artists who were his friends, fans and peers. With 18 tracks, 12 of which are previously unreleased, the album has contributions from a wide range of critically acclaimed artists, among them Alejandro Escovedo (whom Larry performed with periodically), T-Model Ford, Vic Chesnutt, Jim Dickinson (with Duff Dorrough), Robert Earl Keen, Cary Hudson (Blue Mountain), Brent Best (Slobberbone, The Drams) and the North Mississippi Allstars to name a few. Some of these songs were written for the project, songs for Larry and about his characters, such as Caroline Herring’s “Song For Fay”, exploring the title character of Fay, a novel published in 2000. The album closes with a song performed by Larry himself, accompanied by Clyde Edgerton, a Southern novelist of great renown.

“The simple concept of this disc was to put together a mix tape of sorts, the type of thing that Larry would have enjoyed listening to as he drove his little truck into the gloam’ with a cooler full of beer and an ass pocket of something that burns a little bit on the way down,” explains producer Tim Lee. “I knew him and I admired his work, and you didn’t have to know Larry well to have a keen awareness of his love of music,” he says. Mary Ann Brown, Larry’s wife concurs, saying, “Larry absolutely loved music. I think he wished sometimes that he had the talent to do music for a living. He always played his guitar every night. If he had to skip playing, he would always say he felt like the day was wasted.”

Larry Brown was born in 1951 in Lafayette County, Mississippi. He was a firefighter with the Oxford, Mississippi Fire Department when he began writing fiction, and after years of struggle and rejection, his first book, a collection of stories entitled Facing the Music, was published in 1988. Brown went on to publish another story collection, Big Bad Love; five novels, including Dirty Work, Joe, Father and Son and Fay; and two works of nonfiction, Billy Ray’s Farm and On Fire. His writing was stark, bluesy and devastatingly honest, filled with characters who lived too hard and loved too hard, and it attracted a cult following far outside of the South. He was a two-time winner of the Southern Book Critics Circle Award and received the Mississippi Institute of Arts and Letters award for fiction as well as the State of Mississippi’s Governor’s Award for Excellence in the Arts. His love of music led him to write for No Depression magazine on artists he loved, and to contribute liner notes for Oxford band Blue Mountain’s Homegrown album that are a model of poetic depiction. When Brown suffered a fatal heart attack in 2004, he was nearly finished with another novel, A Miracle of Catfish, which Algonquin Books will publish in March, 2007.

Just One More, A Musical Tribute to Larry Brown, A Great American Author will be in stores May 22, 2007.

Alejandro Escovedo
No Depression’s artist of the decade for the 1990s, Alejandro Escovedo’s bio is one of the most eclectic in the music world. Early on, he founded San Francisco punkers the Nuns and original cowpunk combo Rank & File before moving to Austin to form the True Believers in the mid-1980s. Since then, he has released a string of stunning solo albums. Escovedo was a Larry Brown fan prior to meeting the author the first time he played in Oxford. They became friends and toured together.

Ben Weaver
Minnesota singer-songwriter Ben Weaver’s songs have been referred to as “gutter pulpit sermons.” Weaver and Larry Brown once toured together for an evening of music and words. According to Larry, Weaver is “an American original whose voice and guitar are matched only by the power of his words. His songs are an incredible, haunting gift of music."

Bo Ramsey
Multi-talented Iowan Bo Ramsey is a busy man, making his own music and contributing to the music of others, including Greg Brown, Pieta Brown and Lucinda Williams. A longtime fan of the author, Ramsey met Larry Brown at a reading in Iowa City, an experience he says has stayed with him since.

Brent Best
Drams leader Brent Best is a gifted Texas singer-songwriter and former member of Slobberbone, who were mentioned in Larry Brown’s writings. According to Best, Brown was “one of the biggest single influences on the songs I was writing after finding his work and, most importantly now to me, he became my friend.”

Caroline Herring
Caroline Herring hails from Mississippi, and after getting her start as a singer-songwriter in Oxford, she made a name for herself in Austin, Texas. In Oxford, she was part of the house band for the Thacker Mountain Radio Show, which Larry Brown contributed to on occasion. She continues to perform and record from her home base in Atlanta.

Cary Hudson
A former resident of Oxford, Mississippi, Cary Hudson met Larry Brown when Cary was a member of Blue Mountain and Larry was making a name for himself in literary circles. Larry wrote the liner notes for Blue Mountain’s “Homegrown” record.

Greg Brown
One of the most popular singer-songwriters of recent years, Greg Brown is also a Larry Brown fan of long standing. Brown has often made reference to his admiration for Larry’s work in interviews.

Jim Dickinson & Duff Dorrough
Jim Dickinson is a storied performer and producer who has worked with the likes of Bob Dylan, Big Star and Ry Cooder. He is also the proud father of Luther and Cody from the North Mississippi Allstars. Duff Dorrough played guitar in the Tangents, the longtime house band for the entire Magnolia State. He was one of Larry Brown’s close friends, and he played and sang at Larry’s funeral.

Madison Smartt Bell & Wyn Cooper
Madison Smartt Bell is a noted author of several novels, as well as a musician and one of Larry Brown’s good friends from the book festival circuit. His songwriting partner, Wyn Cooper, is a renowned author of three poetry books. A poem from Cooper’s first collection was the basis for Sheryl Crow’s “All I Wanna Do.”

North Mississippi Allstars
The Dickinson brothers, Luther and Cody, along with their bass-playing compadre, Chris Chew, comprise the North Mississippi Allstars, the chief torchbearers of the Hill Country blues sound that permeates Larry Brown’s corner of the Magnolia State. In the liner notes for the Allstars’ debut, “Shake Hands with Shorty,” Brown wrote, “They make some big, bad sound for just three guys. And the amount of energy they use up in an evening is unbelievable.”

Scott Miller & the Commonwealth
Since the breakup of his much-loved V-Roys, Scott Miller has carved out his own niche on the Americana music scene with a handful of celebrated releases. A Larry Brown fan, Miller met the author at his Mississippi fishpond through author/musician Silas House.

T-Model Ford
In the liner notes to the “Big Bad Love” soundtrack, Arliss Howard says Hill Country blues man T-Model Ford, “sounds like he’s standing in a hot bath, banging on the bottom of the tub with a cattle prod.” In those same liners, Larry Brown lists the Fat Possum artist among others who “ride in the truck with me late in the evenings.”

Tate Moore
Tate Moore, an Oxford, Mississippi, resident who made his way to the Magnolia State from Ohio, was once part of the Kudzu Kings, a band that Larry Brown championed in his books. Like most Oxford musicians, Moore was a friend of Larry’s.

Tim Lee & Susan Bauer Lee
A former Oxford resident and a friend of Larry Brown’s, Tim Lee has been a part of the American independent music scene since the early 1980s. His wife, graphic artist Susan Bauer Lee, plays bass, sings and writes songs as well. The couple also served, respectively, as producer/compiler and art director for “Just One Ride.”

Clyde Edgerton
Clyde Edgerton is an award-winning author from Durham, North Carolina. Currently he is a professor at the University of North Carolina Wilmington. His close friendship with Larry Brown grew from their shared love of fishing, writing and playing music.