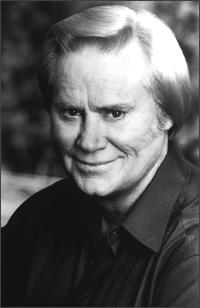 
George Jones U: School of Country Music
AP
NASHVILLE, Tenn. (AP) - Country-music luminary George Jones wants to share his knowledge of the industry as part of a just-launched »country music university« named for him.

Dedicated to teaching students how the music industry works and how to break into the business, George Jones University will assemble its first 3-day session in late March, school officials said Wednesday.

The kickoff session, which likely will be held at Jones' Nashville-area home, will be followed by similar quarterly seminars.

The cost for each session will be $300 per student.

Besides Jones, the school plans to bring in guest lecturers such as Ralph Emery, Tom T. Hall and Hank Williams Jr.

The seminars will focus on music publishing, recording contracts, artist management and bookings, life on the road and the politics of Music Row. The history and traditions of country music and its legendary icons also will be covered.

»We want our students to have fun and depart with new knowledge they can literally take to the bank,« Rice said. »Because of George Jones, they'll gain insight from our classes that they can't get anywhere else.«

The school is a for-profit group, though partners have pledged a portion of all profits to Middle Tennessee children's charities.

George Jones U even has a mascot it got from the singer's nickname, a possum.