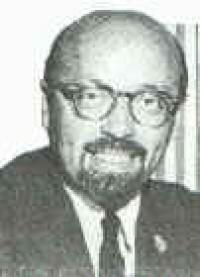 - Ahmet Ertegun, who helped define American music as the founder of Atlantic Records, a label that popularized the gritty R&B of Ray Charles, the classic soul of Aretha Franklin and the British rock of the Rolling Stones, has died, his spokesman said. He was 83.

Ertegun remained connected to the music scene until his last days - it was at an Oct. 29 concert by the Rolling Stones at the Beacon Theatre in New York where Ertegun fell, suffered a head injury and was hospitalized. He later slipped into a coma.

»He was in a coma and expired today with his family at his bedside,« said Dr. Howard A. Riina, Ertegun's neurosurgeon at New York
Presbyterian Hospital-Weill Cornell Medical Center.

Ertegun will be buried in a private ceremony in his native Turkey, said Bob Kaus, a spokesman for Ertegun and Atlantic Records. A memorial service will be conducted in New York after the New Year's.

Ertegun, a Turkish ambassador's son, started collecting records for fun, but would later became one of the music industry's most powerful figures with Atlantic, which he founded in 1947.

The label first made its name with rhythm and blues by Charles and Big Joe Turner, but later diversified, making Franklin the Queen of Soul as well as carrying the banner of British rock (with the Rolling Stones, Cream, Led Zeppelin) and American pop (with Sonny & Cher, Crosby, Stills, Nash & Young, and others).

Today, the company, part of Warner Music Group, is the home to artists including Kid Rock, James Blunt, T.I., and Missy Elliott.