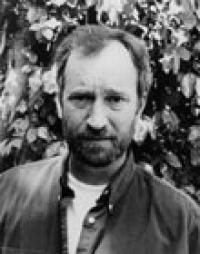 OXFORD, Miss. - Author Larry Brown, who wrote about the often rough, gritty lives of rural Southerners, died Wednesday at his home in the Tula community. He was 53.

»I'm just paralyzed, like most people when they lose a loved one they admire,« said fellow Oxford-based author Barry Hannah.

Brown's novels included »Big Bad Love« (1990), about marital malaise, and »Joe« (1991), which teamed a hard-drinking ex-convict with a 15-year-old boy whose father was a drunken migrant worker.

Brown took up writing while working as a firefighter in his native Oxford. His first published work appeared in magazines and journals, and his first book, 1988's »Facing the Music,« was a collection of stories.

His first novel, »Dirty Work,« published a year later, was inspired in part by his father's experiences in World War II.

»As a writer he had the advantage of growing up in a place where people knew each other deeply, and that showed in his work,« said Oxford Mayor Richard Howorth, who also owns the Square Books bookstore.

»Big Bad Love« was made into a 2001 film starring Debra Winger and Arliss Howard, who also directed it.

»Everywhere I go, I brag about Larry Brown and what hard work and discipline brought to him as an artist,« Hannah said. »It's close and deep and very sorrowful. But he is a marvelous inspiration to those who need
toughness.«

In a 1991 interview with The Associated Press, Brown acknowledged that he paints a dreary and desolate picture of the world.

»I don't know why all my stuff has such a bleak turn in it, because I'm certainly a happy person,« he said. »I love living and everything that goes along with it.«

Brown did not start out as a writer, only briefly
attending the University of Mississippi before working in a series of jobs including carpenter and lumberjack.

Born July 9, 1951, in Oxford, Brown began writing fiction while working as a firefighter with the Oxford Fire Department, a job he held from 1973 to 1990, when he quit to write full time.

Survivors include his wife, Mary Annie Brown; two sons; a daughter; and his mother.