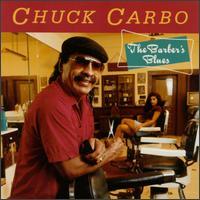 The mellifluous vocal tones of Chuck Carbo was a principal ingredient in the success of the Spiders, the premier R&B vocal group around New Orleans during the 1950s. He mounted a strong comeback bid as a smooth solo artist, cutting two albums for Rounder: Drawers Trouble in 1993 and 1996's The Barber Blues.
The gospel-steeped Carbo (whose actual first name is Hayward) and his brother Chick (real first name: Leonard) shared frontman duties for the Spiders, whose hits for Imperial included the two-sided smash »I Didn't Want to Do It«/»You're the One,« a ribald »I'm Slippin' In« in 1954, and »Witchcraft« (later covered by Elvis Presley) the next year. Imperial's main man in the Crescent City, Dave Bartholomew, produced the quintet's 1954-1956 output, as well as writing many of their best numbers (notably a risqué »The Real Thing«). Carbo cut a few 45s under his own name for Imperial, Rex, and Ace after going solo; Chick waxed 45s of his own for Atlantic, Vee-Jay, and Instant.
Chuck Carbo never stopped performing entirely, although he made his living as a lumber truck driver when gigs got scarce.
By 1996 the veteran New Orleans R&B legend Carbo proves he's a capable front man even without the presence of his '50s vocal group, the Spiders, on this infectious comeback set. With Crescent City vet Edward Frank handling piano and arranging duties, Carbo smoothly intones a mostly original lineup of songs (Jeannie & Jimmy Cheatham's lascivious standard »Don't Boogie with Your Black Drawers On« being one of the few exceptions). Dr. John contributes his considerable skills on keyboard and guitar to the project, but with Carbo's second line-based »Hey, Mardi Gras! (Here I Am),« the title item, this album contains a veritable New Orleans-classic.