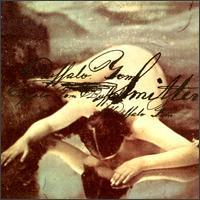 Before this CD I had heard Buffalo Tom fleetingly, on the '95 Fort Apache Album. So I did not know what to expect from the band in a broader sense. My first impressions were good, the uncompicated songs are very well blended for what they are and that as an album it is scencerely well planned out. (Although maybe 'the bible' would have served as a more enticing opener) As time progressed I caught myself humming lines to many of the tracks, as the catchy tunes grew on me and lodged themselves into my brain. I have to admit they've stayed there ever since and I rate this as one of my favourite albums released in '98, if not the 90's as a whole. Songs are sung with passion and you get a real sense that the band believe what they're telling you within each track. The level of the songs does not at all deteriorate throughout the Album and hence it is difficult to pick stand out tracks. The gentle guitar of 'postcard', 'the bible' and 'scottish windows', the poinient 'register side' and 'see to me' along with the magnificently distorted 'knot in it' all noteworthy. It is also good to see the band branching into (retrospective: since purchasing this album I've run up a veritable Buffalo Tom back cataloge) lyrics that question truths and tackle life issues. I've used this album recently to convert people who say »Buffalo Tom, arn't they that band that murdered 'going underground'?« into genuine fans of the band, and it could do the same for you. Purchase this album and listen to the music on it, then you'll see what I mean. You will not be dissapointed, and in my opinion, it's their best album so far. If you have older songs and like them, I'm telling you, these are better. Better written, better played and, well, you fill in the rest. This album bears similarities in style to their past albums but with an extra final coat that pushes it beyond them and any similar effort I'm aware of. In it's genre this is definately the one to take with you to an island. Not that I'm planning to do anything this ceremonial, demonstrative or drastic, but just in case you are... Smitten is a modern classic of roots-tinged underground rock from an understated band that, no doubt, time will cruelly neglect.