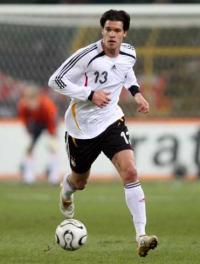 The Greek-Swedish writer Theodor Kallifatides once stated that a man can leave his country, he can abandon his family and friends, as well as his politics and faith, but he can never abandon his team. Kallifatides’ team is Panathinaikos from Athens. In general Swedes tend to support our nation’s eleven, the local team, and an English one. Sometimes we even support a Scottish team, at least when Henrik Larsson plays for Celtic.

There are, however, some exceptions. In Scania, the most Southern province of Sweden, we long ago embraced the Danish eleven as our own team. When the Danish beat England on Wembley in the European Cup qualifiers in 1983 and thus made it to the final round the year after, most other Swedes did the same, even labelling the Danes the Brazilians of the North. Needless to say, at that time the Swedish team was not performing very well.

Except for embracing the Danish, most Scandinavians tend to agree on which teams to detest, in general, and which teams to detest in particular. We abhor our neighbours (except the Danes). Like most of the world, we hate the Germans even more. And like everyone, at least outside Great Britain and Spain, we love Brazil.

But of course our love and hate stories reflect quite a bit of life’s not always so charming inconsistencies. In the ’90s, many Swedes considered Norway’s national team the most boring in the world. After all, it was lead by an old Mao Zedong supporter, and it seemed to play the game according to some Marxist-Leninist tactics. But we had a hard time to detect the obvious; that if Norway was the world’s most boring team, then Sweden was the self-evident runner-up for the title.

The attitude towards Germany is another paradox. Everyone wants attacking football. We might admire the Italians for their brilliance and tactical skills, but we also find them unbelievably dull - after all, their main reason for being seems to be to defend their own goal. Yet everyone, or next to everyone, hates the Germans in spite of their playing the world’s most relentlessly attacking game (at least since the English learned to defend themselves, from the Gospel according to Sven-Göran). How can this be?

I guess that the dislike of German football could be interpreted from a post-colonial point of view, although we’d have to change perspective completely. We have an idealised model, not of Western rationality but of Brazilian excellence. For some reason we find the Germans, more than most teams (except Scotland), at fault in this model. While the colonial »other«, the native, was an incarnation of everything opposite to Western rationality, German football is regarded as a mean machine: tactics-bound, un-improvisational, stereotypical, sterile, always the hit-and-run. The idealised Brazilian model, on the other hand, represents all the good, even morally good features: playful, technical, improvisational, almost erotic. That is a process of »otherizing« as good as any.

The Swedish love-story with Brazilian football has a significant origin. The 1958 World Cup was played in Sweden. For the first time Sweden used professional players who had returned home from their international clubs. But only those who had returned: that is why the late, great Gunnar Nordahl, the record goal-scorer in the Italian league, did not play the tournament. One of his friends, Nils Liedholm (in the ’80s, the successful coach of Roma), scored the first goal in the final. Yes, we made it to the finals. Yes, we made the first goal. And yes, Brazil finally beat us 5 - 2.

That was Brazil’s first world championship. Elderly Swedes speak fondly of the impression the Brazilians made when they watched them in the arenas - or on TV. The tournament didn’t just mark the breakthrough of national Swedish television, but also of a young genius, Pele. The tournament is definitely Swedish football history, but also the stuff that Brazilian legends are made of. Some Swedes believe that the Brazilians’ yellow shirt is a homage to us. Although not true, it is the stuff that love is made of. And dreams.

But the Swedish love for Brazilian football can be tiresome. Even when Brazil is beaten they are considered the world’s best team. The technically brilliant Turkish players were reduced to just being »capable« by Swedish commentators in the game against Brazil in the first round of the 2002 World Cup. When Denilson did his ludicrous »Riverdance« act around the ball in the 1998 World Cup, he was hailed for his technical excellence. Never mind that he delayed the team’s offensive attack. That is why I cherish the memory of Thuram vs Denilson in the final that year. Thuram just sighed when watching Denilson jumping like a frog around the ball. He sighed, snatched the ball, and ran. It reminded me somehow of Indiana Jones sighing at the Egyptian sword master’s show-off before shooting him. And we still believe that the otherwise unquestionably great Ronaldinho showed magnificent skill when he placed his fluke free-kick behind David Seaman, because although we love British football up here in the Arctic, there is one thing we love even more: Brazilian football. Never mind the inconsistency of that kind of love. The ideal result between Sweden and England seems to be a draw, while it is okay to get beaten by Brazil. We are not always so patriotic. As long as we defeat our neighbours, the larger football nations may very well have a go at us. But there is one exception - Germany. And maybe Italy, at least since they so totally failed to realize the irony of the 2 - 2 draw between Denmark and Sweden in the first round of the 2004 European Cup. It was not intentional, but we thought it very funny. The Italians did not, since that was exactly the result that would send them home.

That is the over-all tendency. Not all agree, however. I tend to become more and more sympathetic of Krautball. And I like the Scots as well.